The Winter session of the Parliament began on December 11, 2018. Usually, the winter session of the house starts in November and this year it was delayed due to the Assembly elections in five states of the country. The session was adjourned on January 8th by the speaker of the Lok Sabha. This announcement was given the Sumitra Mahajan the Lok Sabha speaker. During the winter session, several important bills were passed, and a lot of meaningful discussions took place. Some of the significant bills passed during this winter session are the triple Talaq bill, a bill that offers ten percent reservation for economically backward people of the upper castes in job and education. 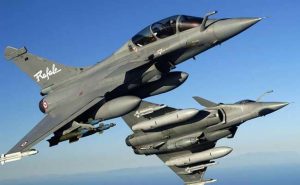 The speaker informed that the winter session had 17 sittings and the house discussed some key issues that were productive. Discussions of nearly 48 hours took place in this winter session. There were some stormy discussions on the scam related to the purchases of Rafale aircraft. The opposition party wanted to set up a joint parliamentary committee to probe on the allegations related to the purchase of the Rafale aircraft from the French firm. Rahul Gandhi initiated this discussion and questioned the government on the charges. The other bills that were passed during this winter session of the house are Transgender Protection rights bill, Consumer protection bill, Surrogacy Regulation bill, Mental Retardation and Multiple Disability bill, Muslim Women Protection Bills, Aadhar related bills and several others.

The constitution bill was just before the closure of the winter session. Nearly 323 members voted in favor of the law and three were against it. There was a serious discussion that took place on the Rafale scam. Almost for eight hours, this issue was discussed, and the Defense Minister concluded the discussion with his response. A discussion about the natural calamities of the various parts of the country was not completed. The speaker said that nearly 1870 papers were submitted on her table during this winter session of the Parliament. She was satisfied that the session had many constructive discussions on various national issues. Fifty members of the Parliament were suspended as 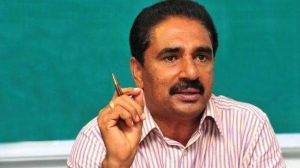 they tried to disrupt the proceedings of the house.

Some of the members of the house participated in the discussions and offered some valuable information. Meenakshi Lekhi of BJP, Premchandran of the Revolutionary Socialist Party, are some of the of the members who added value to the discussion during the winter session.
The Winter session of the Parliament is of great significance as the Lok Sabha elections are about to take place in a few months. It is, of course, the last Parliament session for the Narendra government on his tenure for five years.