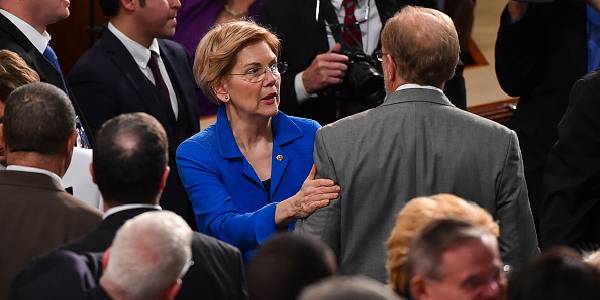 The past year had not even said a proper goodbye and the political forces were already ushering a chaotic 2019. Within a few short days, the new year had seen the same turbulence it had faced previously. But out of all the things that cause the disturbance, there were two news flashes that caught the eye of every individual.

When the present President got worried that his loyal supporters, who helped him win the elections in 2016, were being spurned he ordered a government shutdown. The issue was the building the border wall. The partial shutdown is still going on and seems to be one of the longest in American history. Furthermore, there is no clear way of coming out it. All the while, Trump continued to talk to his political base via his favorite medium – Twitter. Just like the rest of his presidency has seen, this year too he tweeted outrageously. One of his recent tweets said:

“I’m in the Oval Office. Democrats, come back from vacation now and give us the votes necessary for Border Security, including the wall. You voted yes in 2006 and 2013. One more yes, but with me in office, I’ll get it built, and Fast!”

The shutdown has affected thousands of federal workers who have had to work without any pay. Since the Dems are still not agreeing to fund the wall, a move that is beneficial for the world, it is hard to imagine how Trump will get out of this headlock and undo the partial shutdown. 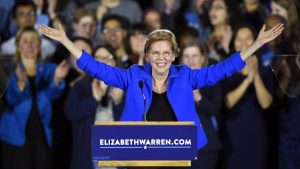 As 2018 ended, Sen. Elizabeth Warren from Massachusetts announced that she was running for the Democratic Presidential race. She said that an exploratory committee was initiated as the first step of her campaign. Her message was built upon economic grounds that is wildly popular right now and her background which is wholesome and has humble roots. He opening speech also pointed fingers towards corporations and billionaires who are minting money on the backs of the middle class.

By crusading against the Titans of Wall Street and the powerful banks, Warren hopes that the tight hold Trump has on the blue-collar voters in the Midwest will break away and choose her. The campaign has given the Senator a head start she may need in the first quarter of the race. But already there are inklings that the jostling for the top contender in the Democratic pack is going to get crowded pretty soon.

Confusion Will Continue This Year Too

The past two years of this Presidency has shown that there are no stable positions and goals. They both change and switch on the whim of the Head of the State. Because he thinks of it as the best strategy to keep his enemy off balance and always guessing. His tweets and speeches in this new year prove that the confusion will continue to plague for 2019 too.